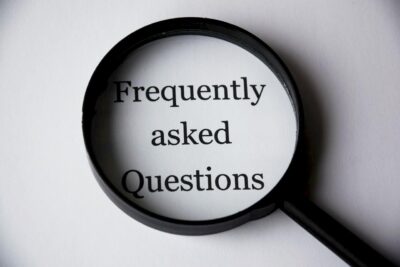 Bankruptcy is a complicated area of law, and everyone has questions. We have tried to take some of the most common questions and answer them here. If you cannot find the answer to your question here, please contact us at (405) 213-1919, and we will be happy to help.

WHAT ARE THE BENEFITS OF BANKRUPTCY?

WHAT IS CHAPTER 13 BANKRUPTCY?

It’s a government sponsored debt consolidation plan where you make payments back to your creditors, based on what you can afford and at the end of a fixed period of time (a minimum of 3-5 years max) whoever does not get paid off gets wiped out, tax free, forever! A Chapter 13, also known as a “repayment” plan, is a type of bankruptcy in which the debtor proposes an affordable repayment plan to the Chapter 13 Trustee. This type of bankruptcy plan allows individuals to retain their property and personal belongings that may otherwise be non-exempt. A Chapter 13 plan can help individuals catch up on home or auto loans that are past-due and pay for non-dischargeable taxes, back child support, and student loans.

WHAT IS THE AUTOMATIC STAY?

How does filing for bankruptcy protect you from creditors? There’s a provision in the Bankruptcy Code called the Automatic Stay. After filing your case with the bankruptcy court, you are legally protected from garnishment, foreclosure, collections, lawsuits, etc. Just like everything else, there are a few exceptions to this, but we’ll cover that in more detail below.

WHAT WILL I NEED TO WORK ON AFTER BANKRUPTCY?

While a person’s credit score will drop initially after bankruptcy, in some cases the drop is not as drastic as you may think.

The advantage of filing is that there are realistic ways to rebuild your credit afterward — and with no debt, or lowered debt, you are in a better position to do so. Although bankruptcy can stay on your credit report for up to 10 years, with smart choices, many people will be eligible for a mortgage again before that time. In addition, most individuals can secure credit cards and car loans immediately after discharge, albeit with higher interest rates. After your bankruptcy is finalized, your attorney will give you some tips on rebuilding your credit and dealing with credit reporting agencies.

CAN I FILE FOR BANKRUPTCY WITHOUT AFFECTING MY SPOUSE’S CREDIT?

Absolutely. If you choose to file for bankruptcy without including your spouse then your spouse’s social security number will not appear on the bankruptcy and there will be no effect on your spouse’s credit. Bear in mind that whichever spouse chooses not to file will not have any of their debts affected.

CAN A MARRIED COUPLE FILE FOR DIVORCE AND BANKRUPTCY AT THE SAME TIME?

For couples, bankruptcy and divorce sometimes go hand in hand. Both offer a fresh start after other solutions have failed. A bankruptcy will not affect spousal support or child support, but a jointly planned bankruptcy between divorcing spouses will often be the best way for a couple to resolve joint debts apportioned in the divorce decree. At Hilbern Law we can advise you on the best order in which to pursue divorce and bankruptcy, as well as whether you and your spouse should file a Chapter 7 bankruptcy or a Chapter 13 bankruptcy. Not everyone will combine a divorce and a bankruptcy in the same way.

Yes, now that the Supreme Court has guaranteed marriage equality for all U.S. citizens, same sex couples can file a joint bankruptcy as long as they are legally married prior to the date they file bankruptcy.

Absolutely. Oklahoma recognizes common law marriage. Any married couple, whether it be common law or with a marriage license, can file a bankruptcy, assuming they otherwise qualify. If you have filed taxes as a married couple or have insurance with another as your spouse, there is a good chance you are common law.

CAN I KEEP MY PROPERTY IF I FILE BANKRUPTCY?

WHAT ASSETS ARE EXEMPT?

At Hilbern Law we take full advantage of all available property exemptions when we represent clients in bankruptcy proceedings. Our goal in your case will be to enable you to keep as much of your property as possible while obtaining maximum debt relief. In Oklahoma, a person filing bankruptcy must use Oklahoma property exemptions, which are pretty good. If you have not lived in Oklahoma for at least the last two years, you may have to use the federal exemptions, or another state’s exemptions.

Some of the Oklahoma state exemptions include…

Some of the federal exemptions include…

Many other items are exempt as well, such as tools of a trade. There is even a “wild card”, miscellaneous exemption that can be applied to any asset you want to protect. All qualified retirement accounts such as 401(k)s, 403(b)s and IRA accounts are exempt, as are 529 and Coverdell ESA contributions made more than two years before filing. You can also keep most unemployment benefits, workers’ compensation benefits and Social Security income.

I FILED A CHAPTER 7 AND RECEIVED A DISCHARGE, WHEN CAN I FILE ANOTHER BANKRUPTCY?

There may be time when you would want to file a Chapter 7, receive a discharge of unsecured debts, then file a Chapter 13 sooner than four years. This filing scenario is referred to as a “Chapter 20” and is used to to pay off certain debts that were not discharged in the previous Chapter 7 (e.g. taxes, or to pay off mortgage arrears). Remember that in this scenario, you will not receive a discharge in the subsequent Chapter 13.

I FILED A CHAPTER 13 AND RECEIVED A DISCHARGE, WHEN CAN I FILE ANOTHER BANKRUPTCY?

If you filed for Chapter 13 bankruptcy and received a discharge, and you are now in a position position where you need to file bankruptcy again, you will find that the waiting limits aren’t quite as severe.

You can file for Chapter 7 bankruptcy any time after a Chapter 13 bankruptcy provided your previous bankruptcy case resulted in you paying off all debts included in the case. The court may, however, allow another discharge if the old case paid at least 70% of your creditors and the new Chapter 13 plan was proposed in good faith and represents your best effort.

If you filed for Chapter 13 in the past, you are also eligible to receive a discharge in a Chapter 13 case as long as the first case was filed more than two years before the new one.

WHAT IS CHAPTER 7 BANKRUPTCY?

A Chapter 7 bankruptcy is the most common type of consumer bankruptcy. A chapter 7 typically will discharge or eliminate credit card balances, installment loans, medical bills, and most other unsecured debt. Unlike Chapter 13, Chapter 7 bankruptcy cases do not involve filing a plan of repayment. In nearly all cases, a debtor will keep all his or her belongings and property, and if a debtor is current with his or her mortgage and automobile payments, a debtor typically is able to continue the payments to his or her lender and retain possession.

HOW LONG DOES BANKRUPTCY TAKE?

Chapter 7 bankruptcies only takes about three months. Chapter 13 will take 3-5 years depending on the payment plan you outline with your bankruptcy attorney.

The age of the tax debt and the date the tax returns were filed usually determines whether an individual can wipe out his or her tax debt. Also, a Chapter 13 Repayment Plan may be able to help debtors with back taxes that cannot be discharged in a Chapter 7 bankruptcy.

HOW DOES BANKRUPTCY AFFECT MY CREDIT?

One of the most common concerns you may have when considering bankruptcy is how it will affect your credit score. Although filing for bankruptcy is a negative credit event, it often enhances your ability to rebuild your credit in the future. We’ve found that clients experience an increase in their credit score immediately after receiving a bankruptcy discharge.

You may be asking, “How is that possible if bankruptcy is a negative credit event?” Well, one of the main components of your credit score is your debt-to-income ratio – essentially, the difference between the debt you owe and your earned income. Upon receiving a court-approved bankruptcy discharge, some or all of your debt will be eliminated. This elimination of debt will instantly improve your debt-to-income ratio, which will result in an improved credit score. For this same reason, many of our clients receive offers for credit shortly after being granted a bankruptcy discharge.

WILL BANKRUPTCY STOP GARNISHMENTS OR LAWSUITS?

Filing for bankruptcy typically will stop car repossessions. Also, a Chapter 13 repayment plan will allow the debtor the opportunity to become current with the automobile loan that is delinquent.

Yes. Filing for bankruptcy will prohibit any type of collection effort regarding a civil debt. At our firm, we usually ask clients to begin referring harassing telephone calls to our office even before filing the client’s bankruptcy petition.

Bankruptcy will stop foreclosures on mortgages or delay the foreclosure process. A Chapter 13 repayment plan can offer a debtor a means of catching up on delinquent mortgage payments and allows a debtor to retain possession of a home. A second option is filing for Chapter 7 bankruptcy.

WHAT IS A DISCHARGE?

A discharge is the legal mechanism under the bankruptcy laws for relieving one of the legal obligation to repay debt. The Bankruptcy Code addresses the categories of debt that are eligible for discharge under the various bankruptcy chapters. Additionally, one may lose the right to receive a discharge based on certain transactions or misconduct as set forth in the law.

While a debtor may receive a discharge of his or her personal liability even for secured debts like car loans and home mortgages, a secured creditor’s lien will generally pass through the bankruptcy case unaffected, such that if a debtor intends to retain the creditor’s collateral post-bankruptcy, the debtor will have to continue to satisfy the lien.

WHAT IS A REAFFIRMATION AGREEMENT?

HOW LONG WILL A CHAPTER 7 REMAIN ON MY CREDIT REPORT?

10 years from the bankruptcy filing date.

HOW LONG WILL A CHAPTER 13 REMAIN ON MY CREDIT REPORT?

7 years from the bankruptcy filing date.

We are are a debt relief agency. We help people file for bankruptcy.